The ‘Queen of pop,’ singer, songwriter, actress, iconic… need I go on, Madonna, recently shared several Instagram stories urging followers to remember her influence on female empowerment and freedom of sexuality after receiving backlash for a TikTok seemingly coming out as gay. 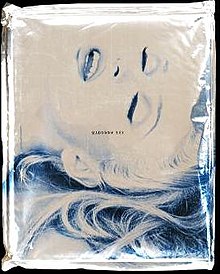 Within these Instagram stories, she also mentioned how other stars such as Cardi B, Kim Kardashian, and Miley Cyrus, have benefitted from her work as part of the feminist movement, ending the story post with, “You’re welcome bitches…”.

This, again, caused further social media backlash as it was viewed as an attack on the female artists mentioned. Cardi B even reacted by tweeting, “I literally paid this woman homage so many times cause I grew up listening to her… she can make her point without putting clown emojis and getting slick out the mouth.”

This tweet has now been deleted, and both Cardi and Madonna have made it clear that this beef is squashed with Madonna going on to tweet, “Ilove you @iamcardib”

Cardi confirmed this reconciliation by tweeting, “I talked to Madonna …It was beautiful😊….Have a great day and drive safely yallll😘”. 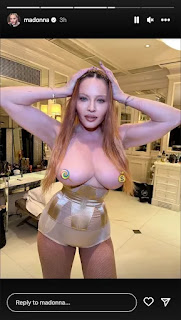 So, let’s take a look at what Madonna actually has done for female empowerment and the LGBTQ+ community.

First, and arguably most importantly, her book titled ‘Sex’. She references this in one Instagram story and, being released on October 21st 1992, it has recently celebrated it’s 30-year anniversary of publication.

The book features naked pictures of Madonna in every situation imaginable, from her hitchhiking in Miami, to posing in a pizzeria. Not only this, but the legendary book also included images of multiple same-sex couples and throuples engaging in erotic activities. Madonna’s message within this book is of sexual freedom in media, emphasising her aims within the feminist movement to allow women to express their sexuality without shame. This book can be seen as a stepping stone towards a more sex-positive society, where it isn’t taboo for women and members of the LGBTQ+ community to be open about their sexual preferences and experiences.

Madonna also wanted to make it clear that she promotes safe sex - with the book being packaged in a sealed bag, symbolising a condom, in order to show this. The reaction of the media at the time was extremely negative, reviewers claimed it was “too much”, “morally intolerable”, and categorised it as distasteful, hardcore pornography. 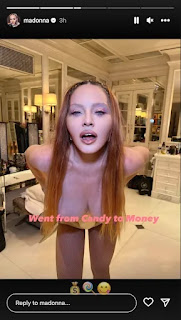 More recently, reviews have been positive, appreciating Madonna’s intended message, and considering it her legacy - as they should.

Today, we can recognise that Madonna was, and is still, a revolutionary that the feminist movement has a lot to thank for, so can we really stay mad? Within the criticism both Madonna and Cardi B have faced, it seems onlookers may have lost sight of the real issue - which is how women are still demonized in the media for simply owning their sexuality and discussing ‘taboo’ topics - something men can simultaneously talk openly of whilst receiving no backlash, but often praise. 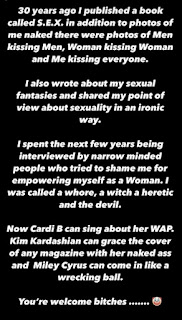 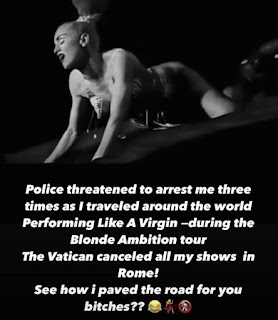 Currently, there are swarms of articles circulating the internet condemning Madonna for recent topless videos shared on her Instagram stories. One article even compares Madonna’s nude pictures to an image of her 26-year-old daughter, Lourdes Leon, claiming that Lourdes, “showed off her modelling skills as she stunned in an elegant gown”. Then adding, “This comes after mommy Madonna shocked fans by posing topless with cartoon emojis over her breasts”.

This obvious negative comparison between the two women takes us back to 30 years ago, and shows us that society is trapped in the same mindset that Madonna fought, and still fights, to reject. 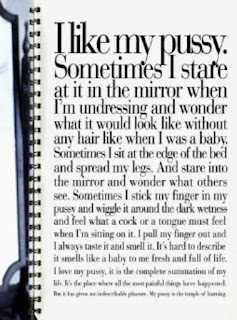 Although the feminist movement has come a long way, there is still more work to do in order to end the vicious social media and gossip culture that condemns so many people for simply existing.