Starting a side hustle: Good use of time or cause of burn out?

Everyone toys with the idea of starting a ‘side hustle’ at some stage in their lives – besides, who wouldn’t want to make money on top of what they earn from their day job, while doing something they enjoy?

As a recent graduate who has started in a full-time job in a career I love, I’m lucky to have settled in quickly and adapted to the switch from education to work better than I could have imagined. But while a quick adjustment is ideal, you have time for your mind to wander about what you could do with your time outside of work. As someone who struggles to take time to unwind and actually do nothing – which I have university culture to thank – many ideas have passed my mind about hobbies and activities I could pick up during the evenings and weekends.

But, for a lot of people, it doesn’t stop at just hobbies – because there is money to be made from anything and everything. So what may start as an activity you do once a week to occupy your mind could quite easily snowball into something much bigger. 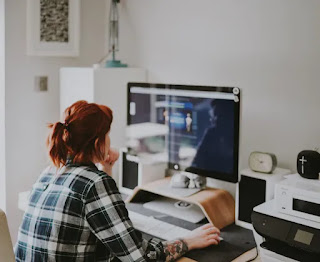 Social media is my favourite example of a side hustle – mainly because people are quick to jump to the conclusion that working as an influencer isn’t a ‘proper job’, when one brand deal can earn them more than a month’s wage for most. I’ll always be in awe of those who have made social media their side hustle, especially because most started off making videos for the fun of it and it’s their personalities that have shone through and earned them the bag.

However, it isn’t all fun and games. As someone who loves social media and is partial to scrolling through my TikTok feed for hours, I can imagine it would become overwhelming to go from making videos for yourself, to the expectation from an audience to create consistent and quality content – and that would happen no matter what your side hustle was. With any hobby or activity, you do it for yourself. But when other people get thrown into the equation and there are expectations of you, the spark and enjoyment can be lost. With pressure from others, burnout is likely to creep in.

Although I see social media as a great tool for side hustling, it is also the place for everyone to share their side hustles – and this can become problematic. We see lots of people we follow shouting about their new business venture or project, and you shouldn’t be ashamed for thinking ‘what about me?’ – we know we’ve all done it. You question what you’re good at that you could monetise, or start off doing for fun that you could eventually take more seriously if it’s a success. 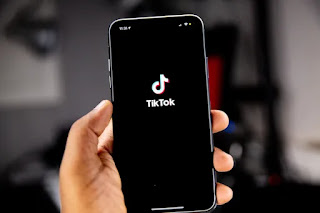 Starting a side hustle to help towards the dream life you see yourself living may seem idyllic, but what happened to just switching off if you’re lucky enough to be able to do so when you return home from work? It’s not an easy task when you’ve got a busy mind like mine that always wants to be doing, but taking time out for yourself is the only way you’ll be able to do your main hustle with ease – let alone begin thinking about starting a side hustle.

That’s not to say if you were to stumble on an idea that makes sense and you feel you have the capacity to take it on that you shouldn’t – but it is all about divine timing. I don’t know about you, but I can spot a rushed project from a mile off. The ones who haven’t taken the time to put together a thorough plan of action. The ones who lack the attention to detail that the groundwork of a successful side hustle needs. The ones who have made brash decisions because they’ve seen someone they know of do something similar and wanted to get a piece of the action.

It’s not as simple as social media makes out – and it certainly isn’t worth the stress and burnout if you don’t have the capacity or time a side hustle requires. That being said, you could have the next big idea that’s waiting to fill a gap. Like you, I sure hope I one day stumble across it.