‘Ugly’ Beauty is having a moment. But perhaps this defeats the whole point of ‘ugly’.

From bleached eyebrows to Tiktok’s ‘sad girl beauty’, the trend is everywhere at the moment. It has been seen on everyone from Julia Fox to Kim Kardashian, but is it really as subversive and male - defying as it makes out? 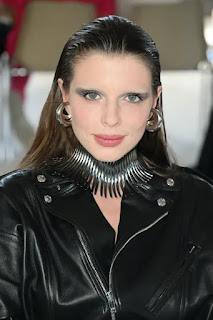 So let’s delve into the topic. Bleached eyebrows are nothing new, and have been around since the 90’s as an editorial mainstay. But, they are experiencing  a comeback with the rise of the ‘Ugly’ beauty trend.  From bleached eyebrows to clumpy mascara. Falling under this trend is Tiktok’s ‘Sad Girl beauty’ trend, where young women try to emulate *that* just crying glow with beauty products.

Nevertheless, It is great to see a trend centred on women reclaiming their bodies and not dressing for men but for themselves. ( bearing in mind these are super hot, thin, white, cis, conventionally attractive women) but it sends a better message out to young people compared to the likes of Kim Kardashian or Kendall Jenner - although the KarJenners clan have  jumped on the trend too, as Kim is the face of Balenciaga - the OG ugly fashion) And even Kourtney Kardashian has been seen sporting Black lipstick recently.

But the main celeb in question is ‘it’ Girl, Julia Fox with a care - free outlook, she explained why she loves the look for keeping unwanted men at bay, saying “it’s kind of like a man repellent. They absolutely hate it.” in her Tiktok’s and she has also recently said that ageing is “sexy” which has recieved much backlash. 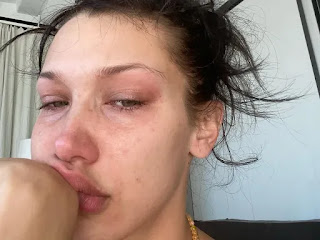 But, trend forecasters are predicting we’ll be highlighting our imperfections next. The focus on the female gaze is so refreshing to see in popular culture thanks to these celebrities such as Julia Fox and Doja Cat. It sends a positive message out to young women and female-identifying people.Thatt we have the permission to highlight our perceived ‘inperfections’ rather than trends of yonder where the focus was to ‘conceal’  and ‘alter’ these imperfections. As western beauty standards are seeped in patriarchy.Radical acceptance is finally in. But can we ever deprogramme ourselves from the male gaze?

London- based Makeup artist Eszter Magyar, aka MakeupBrutalism on Instagram, seems to think so. it is a “feminist approach; radicalising the female gaze. Beauty shouldn’t be a democracy as it is now, with the majority deciding what is beautiful and what is cool.”

Because beauty has so often been ruled by the male gaze (a term coined by John Berger and referenced in his book Ways of seeing, but developed by Film Critic Laura Mulvey). The relatively new theory of the female gaze is still emerging in feminist literature. That leads to questions of whether, as women, it is being done properly, and does it matter if it isn’t? The essence of modern  feminism is to let women appear and act  how they want, without judgement. As more women call for more bodily and socal autonomy in the West. 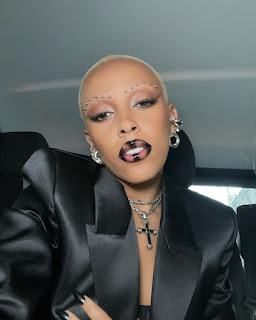 On the other hand, how accessible is this ‘trend’ for non- white, trans or fat people? Feminist author Margaret Atwood famously said "Male fantasies, male fantasies, is everything run by male fantasies? Up on a pedestal or down on your knees, it's all a male fantasy: that you're strong enough to take what they dish out, or else too weak to do anything about it.” In a patriarchal world like ours, women are damned if we do, and damned if we don’t.Yes,  perhaps  we are putting celebrities like Julia Fox on a pedestal, as most celebrities are not as brutally honest as her. Why does ‘ugly’ have to be earned? Most people are not afforded this privilege. Is this trend only reserved with those with ‘pretty privelege’?

Additionally, what is deemed  ‘ugly’ is subjective and shaped by social norms and conventions. What is considered ‘ugly’ looks different for everyone. Just because,this trend defies the obvious conventions, is it really subversive if it’s popular? Magyar says “it became a trend (yet again) it’s good – because there is a lot of interest in my work, but on the other hand, the trend is sad for me. I’m not going against conventional beauty standards to be trendy, I’m going against them because I truly believe those are harmful and toxic.” And this is certainly true. The patriarchy and western beauty standards are harmful for everyone subjected to them. We just hope this trend of  ‘radical acceptance’ has longevity and becomes the norm.