November 11, 2022
by Emily McIntyre
Queerbaiting is not a new term, but the way in which it has been recently misconstrued and used as a weapon against celebrities, is something the internet has definitely seen an increase in.

The term was originally used to essentially call out media that played with the idea of non-heterosexual relationships/attraction with the sole purpose of gaining audience interest without following through in LGBTQ representation.

However, more recently, it’s been used to criticise and call out people that seemingly take advantage of and capitalise on the appearance or implication of LGBTQ+ relationships, without actually being a part of the community. 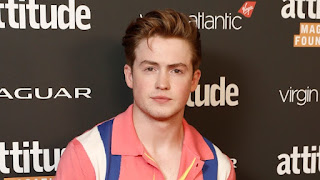 Take Harry Styles for example; with his non-compliance to stereotypical gender norms when it comes to how he dresses, he can’t even be seen performing on stage without having queerbaiting accusations and his entire sexuality up for debate.

A now hazardous term, it places a huge amount of pressure on individuals in the limelight to attach a label to themselves in order to live up to these certain ideals of sexuality that other people have decided for them.

Queerbaiting accusations can place someone in a position where they’ve felt the need to prematurely come out before they’re ready, because they feel as though without doing so, they risk hurting a community they’re actually a part of. And for many people, labels are not something they will ever want to attach to themselves regardless of if their relationships fall under the queer spectrum. 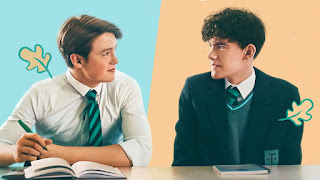 The most recent victim to the internet’s desire to call out queerbaiting is 18 year-old Kit Connor, who played the role of Nick Nelson in Netflix’s hit show ‘Heartstopper.’ In the show he plays a teen navigating bisexuality who ends (spoiler alert) in a relationship with another boy. As he shot to fame, fans began to wonder if Connor was benefiting off of a community he had no connection to in real life.

Of course, this is always to be expected; with any show, there’s an eagerness to see if the character you fell in love with on screen can be found in the actor who took on the role and, to some, it’s important that these roles go to people who will do their best to represent the LGBTQ community.

Kit Connor, however, had always been more than open about how he feels surrounding his sexuality, and made it more than obvious that he didn’t feel the need to label himself at such a young age. On a podcast earlier this year, Connor stated:

“We’re still all so young. To start sort of speculating about our sexualities and maybe pressuring us to come out when maybe we’re not ready… For me, I just feel perfectly confident and comfortable with my sexuality. But I don’t feel the need to really, you know – I’m not too big on labels and things like that. I’m not massive about that. I don’t feel like I need to label myself, especially not publicly”. 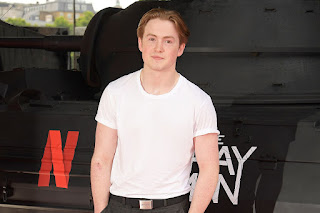 Regrettably, queerbaiting allegations were taken too far for Conner, who took to Twitter (@kit_connor) to say, “back for a minute. I’m bi. congrats for forcing an 18 year old to out himself. I think some of you missed the point of the show. bye.”

And he’s right. If there’s anything to take away from ‘Heartstopper,’ it’s the importance of the time it takes coming to terms with your own sexuality and identity. The entire show explores the complexity of what it feels like to begin questioning yourself, and how in doing so, your relationships and the world around you changes.

The show clearly strives to be an inclusive and safe representation of so many different LGBTQ members yet, to some fans of ‘Heartstopper’, this wasn’t enough.

Of course, Kit Connor’s coming out is immensely brave, but the way in which it has happened is not a step in the right direction.

Queer men don’t owe anyone a certain look or personality type. No amount of flamboyance, or lack of, could ever mean that someone is permitting their identity to be up for discussion.

The idea that certain behaviour or clothing choices all need to coincide in order to fit society’s definition of gay reinforces outdated stereotypes, as if there is a ‘right’ or ‘wrong’ way to be your identity.

The gay community continues to need to fight for equality, and whilst it’s important to look out for those taking advantage of queer expression, it’s just as important that we don’t isolate members of the community whilst doing so. Nobody’s sexuality needs to be up for public debate, and nobody owes you anyone else’s definition of what it means to be queer.