Could Daisy Jones & The Six spark a ‘70s fashion revival?

Taylor Jenkins Reid’s hit novel, Daisy Jones & The Six, will take to our TV screens next year in the form of an Amazon Prime miniseries adaptation. Launching in March 2023 but set in 1970s LA, the show is centred around the momentous rise and inevitable fall of a fictional rock band (who Reid says were inspired by Fleetwood Mac), making the series a vintage lover’s dream. 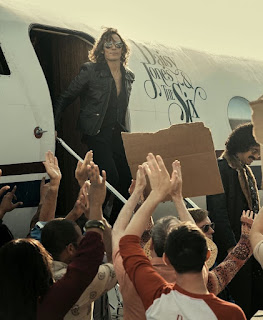 Despite promises of an immense rock ‘n’ roll soundtrack and a star-studded cast composed of Riley Keough, Sam Claflin and Suki Waterhouse, one element of the show is more eagerly anticipated than any other: the costumes. 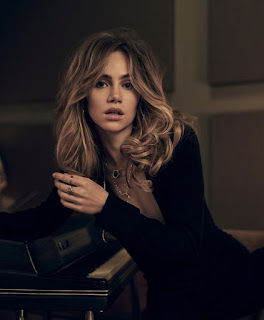 Little more than a few teaser trailers have been released as of yet, but from those we get a tantalising taste of the groovy ‘70s heaven that is the wardrobe department. The effortlessly cool protagonist, Daisy (Keough), is a bohemian goddess.

On stage she is seen in head-to-toe cheesecloth, batwing sleeves and lashings of metallic eyeshadow. Meanwhile, her more casual looks comprise of floaty blouses, messy braids and delicate layered necklaces. Of course, a signature pair of larger-than-life earrings are an integral part of every ‘70s outfit.

The male members of the band, including brothers Billy (Claflin) and Graham Dunne (Will Harrison), take on a more classic rock look; think leather jackets, checked shirts, and lots and lots of denim. 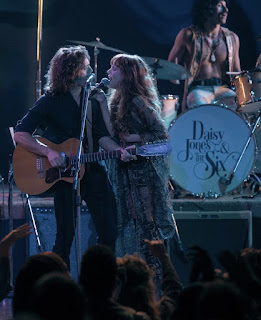 The costumes in Daisy Jones reflect the badass, carefree authenticity of the ‘70s music scene. Rock musicians back in the day were less inclined to wear costumes specifically made for performances, instead opting for everyday outfits that were meant to be worn, and made to last. It didn’t matter if a rockstar’s jeans ripped as they threw themself around the stage; it simply added edge and attitude to their look. 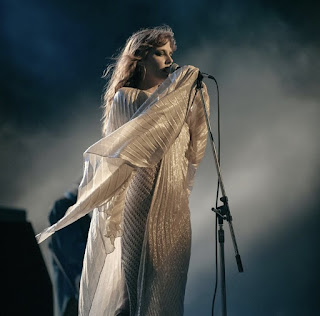 Unfortunately, the same doesn’t ring true today, what with society’s growing habit of insisting on a new outfit for every occasion and throwing garments away after a single wear. Reverting back to old-school attitudes and wearing only a few good-quality, treasured pieces would not only be better for the planet, but our wallets too. 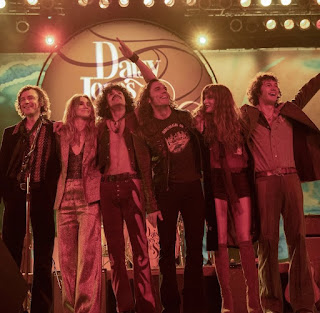 Y2K-inspired trends may have been at the forefront of Gen Z culture for the past few years, but it seems velour tracksuits and butterfly clips are finally growing a little tired. Particularly since the controversial resurgence of 2000s ‘indie sleaze’, which has strong ties to the uber-thin body ideal once popularised by the likes of Kate Moss and Alexa Chung, there has been much concern about the negative impact this had twenty years ago presenting itself to the current generation. 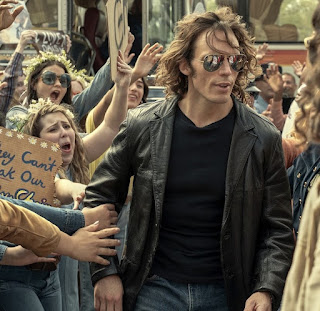 Perhaps it’s time we ditch the baby tees once and for all and look further back in the history books for our fashion ideas. What better way to start than by taking inspiration from Daisy and the gang’s fabulous yet wearable looks?