The old concept of "rape" needs to be left behind, or rather, the romanticised idea that accompanies it. And I say romanticised because, just as the concept of love has changed in recent years, so has that of rape.

"Rape" has become part of our mental space through movies, series, news, and various anecdotes. They often limit the scope of the word and make us socially discard a series of situations and not assimilate them as such, because they do not enter our mental spectrum of meaning. 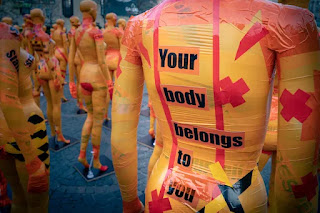 Yesterday I was talking to my little cousin, she is eighteen years old and last weekend she went out partying with her friends. One of the boys with whom they went is twenty-seven, in the villages the issue of generational separation is somewhat diluted. Well, this not-so-young boy spent the night insisting to my cousin's friend to go to bed together. She said no every time. The party ended up at this boy's house. The group of girls were very drunk, most of them left because it was late. Some of them stayed there and the Friend went into one of the rooms to charge her mobile phone. The not-so-young guy found the opportunity, insisted again in the room and after some time trying to convince her, he succeeded. 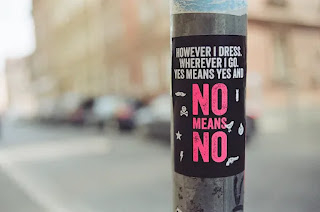 Although it is true that there was no physical violence and that, as she explains, she participated "actively"... can we calmly affirm that it was a relationship in a state of full consent, when a drunken eighteen-year-old girl ends up having sex with a twenty-seven-year-old guy in his apartment?

The superficial story can be misleading: "in the end she said yes", "in the end she wanted to". The Friend, when talking to me, said, "I feel I was raped, but it can't be true because I said yes". What the Friend defines, in other words, is that her experience can’t be justified because of the social story we have built around the concept of "rape". What do we imagine when we say the word? Violence, aggressiveness, explicit non-consent, etc.

But let me tell you that most of the rapes that occur are not usually like that.

Victims do not want to recognize themselves, in the first instance as such, it is annoying and shameful, they think that no one will believe their story. But it is even more perilous when the concept we have of the term "rape" does not embrace all these situations in which many women feel assaulted and cannot justify their story, neither to themselves nor to their environment.

We have a mental definition of rape that is misleading or, if anything, poor, and this means that many of these stories never come to light, because in general, they are not considered within the conceptual range of the term. How do you report it? Who do you explain it to? How do you explain it to yourself? How is it that you said yes if you didn't want to? It’s all about power. There is a clear difference of powers: advanced age, victim's state of inebriation, unknown space, tiredness, etc. That can lead to a deceitful yes; let's also consider the fact that the alleged rapist was told "no" on several occasions, but it seems that the aggressors suffer from selective deafness.

One of the other big concerns of women who suffer situations of this type is that the story is spread and the man in question denies it and they are left as "exaggerated" or "liars". And the biggest problem is that, mostly, the accused denies it frankly. Let's suppose that this boy receives the information that the Friend said she has been raped. What would he say? "But she performed oral sex on me", "she said yes", "but we both did it". In no case will he feel identified with the term "rapist". It has been explained to him that rape is "that very specific thing", and as long as he does not do "that", he won’t be guilty. The preconceived idea he has of the "rapist" does not describe in any way the sexual relationship he had with the Friend. But it is evident that there must be reasons, very clear from my point of view, why the Friend is feeling this way. 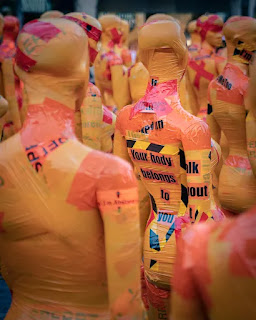 How do we approach, then, a situation in which the rapist feels honestly innocent, and the victim cannot justify to herself or to society that she has been raped because, conceptually, the word does not embrace this type of "incidents"? How do we explain to a rapist that he is a rapist or, how do we make him revise his behaviour, if he can never feel identified with this term?

The answer is clear, "rape" must be reconceptualised, demystified, or if anything, we have to add meanings, experiences and situations in which it can occur, either to educate potential aggressors or to support the victims in their stories.