Undoubtedly, 2022 has been a crazy year for fashion. With the continuing return to in-person Fashion Shows post-Covid, shake ups to brand’s creative teams and trends moving faster than ever thanks to the takeover of TikTok, there’s a lot we need to catch up on. 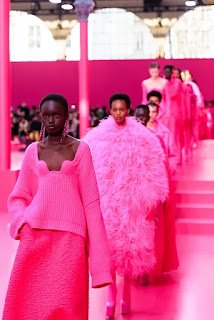 Pierpaolo Piccioli’s collection has made waves this year being worn by huge names from Zendaya to Gillian Anderson to Lewis Hamilton.

Florence Pugh's sheer look from the brand back in July even caused controversy online, calling for the Don’t Worry Darling actress to even make a statement online, hopefully we aren’t still scared by women’s nipples in 2023.

Aiming to be a “radical gesture” the monochromatic Fall/Autumn 2022/23 collection will go down in history along with the likes of Louboutin’s red.

Arguably influencing the Pantone colour of the year, Magenta, I'm expecting 2023 to be the year of pink, pink, pink. 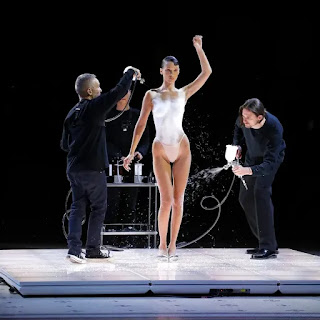 Grabbing the attention of even those uninterested by fashion, the SS23 Coperni dress dominated headlines during Paris Fashion Week.

Often interpreted as an homage to the Spring 1999 Alexander McQueen show where supermodel Shalom Harlow’s white dress was spray-painted by robots, I believe we’ll start to see an increase in similar PR stunts at shows - especially with the predicted rise of YouTube and video formats expanding domination. 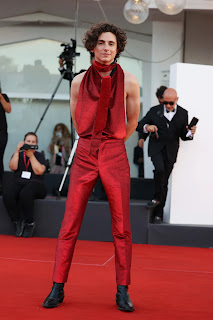 For the premiere of his latest film, Bones & All, at the Venice Film Festival, Chalamet wore a custom look by Haider Ackermann. It unarguably turned heads - somewhat unavoidable in a monochromatic red look - and the metallic element of the fabric truly exaggerated his presence.

Often seen sporting the French fashion designer, the two have even collaborated on a hoodie that supported Afghanistan Libre, an organization fighting for women’s and children’s rights. 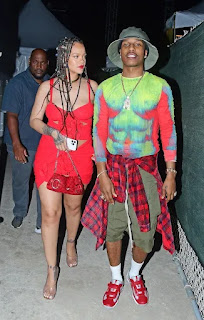 At the beginning of the year we saw Y/Project’s trompe l’oeil runway distorted and overlapped silhouettes of the body, creating a colourful optical illusion. Characterising Gaultier, the naked bodies play with notions of gender while scarves and balaclavas utilised their neon colour palette further.

Designer, Glenn Martens was clearly eager to foreshadow their upcoming collaboration with Jean Paul Gaultier that took place in the following weeks. 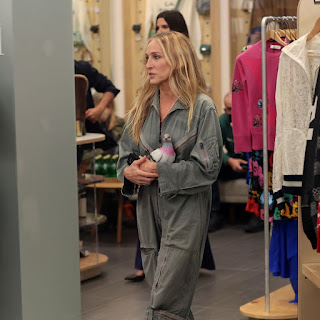 During filming of the second season of HBO’s And Just Like That…, Sarah Jessica Parker was spotted on set holding the pigeon clutch and the world went crazy for it.

Debuting at the brand’s Men’s Fall 2022 show, Jonathan Anderson told BAZAAR, “Fashion has this great way of allowing us to escape reality. Also pigeons are so inherently unglamorous, it’s funny to turn it into a functional object like a clutch bag that’s typically seen as quite glamorous”. 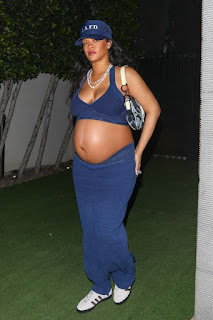 Consistently being seen out and about, Rihanna did not let her pregnancy interfere with her social life - unlike many celebrities who seem to be increasingly opting to hide from the spotlight during maternity - the Fenty owner showed us how her style had no limited. Each look was drop-dead gorgeous, fighting against the idea that a pregnant belly should be covered or hidden away, and we love her for it. 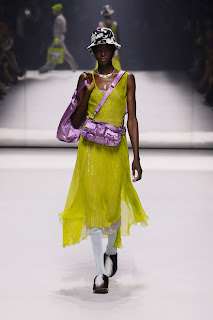 After gaining fame in the 1990s thanks to Sex & the City’s Carrie Bradshaw, Fendi’s iconic bag celebrated its 25th anniversary during their New York Fashion Week show.

Featuring a ready-to-wear collection alongside with Marc Jacobs, collaborations with Tiffany & Co and more, designers Kim Jones and Silvia Venturini-Fendi used the opportunity as an ode to New York. 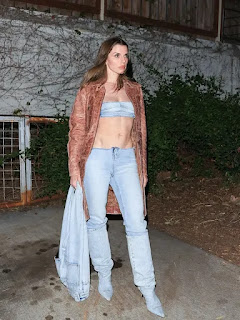 Taking double denim to a new level, Julia Fox took to social media to teach her followers how to achieve a DIY low-rise look. Cutting the top off of a pair of Levis, the model then wore the top belt loop section as a tube top - a style only to be worn by the brave. 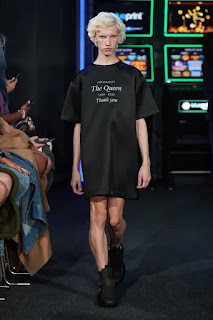 Gathering many tributes from brands over the week, big names like JW Anderson dedicated their whole show to the late monarch while others like Rue Agthonis opted for an all-black dress code in her honor. 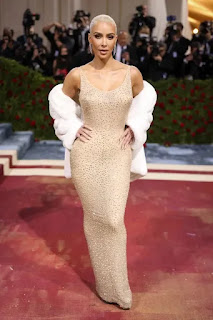 Although controversial for many reasons from the Skims founders extreme diet to debates around damage to the icon’s dress, this look was definitely a defining moment of 2022. For this years theme of ‘America: An Anthology of Fashion’, opulence, excellence and fame were the definitions - and is there anyone other than Marilyn who could truly embody these terms? 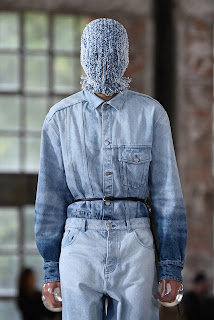 Complimenting the shades of blue that were the focus of the collection, designer Rushemy Botter created the collection with Lisi Herrebrugh, explaining to Vogue that they had a goal to “bring water to the runway”. 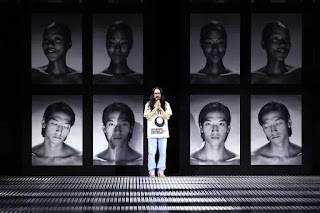 Stepping down from his role as Creative Director of the infamous brand. Having revived Gucci through partnerships with big names from Harry Styles to Lana del Ray - his contribution secured the Italian companies link to modern Rock ’n’ Roll style.

Having even twinned with Jared Leto during this years Met Gala, Michele’s Seven-year run will leave a great hole in the industry. Making his first bow on behalf of the brand back in 2015, the then-unknown designer was selected by Gucci CEO, Marco Bizzarri, causing many to question the choice - something he has more than proved to be correct. 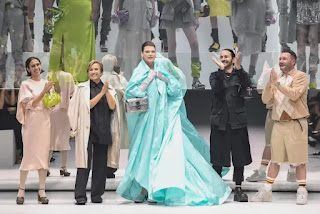 Back to the runway for the first time in 15 years, the renowned model closed out a Fendi show at New York Fashion Week in September. The appearance, taking place in Manhattan's Hammerstein Ballroom, marked her return to the catwalk after a cosmetic procedure left her face "brutally disfigured”.

Despite suffering from a fat freezing operation, Evangelista also took to the cover of British Vogue in the same month. I hope to continue to see more of the 57 year old as we move into 2023. 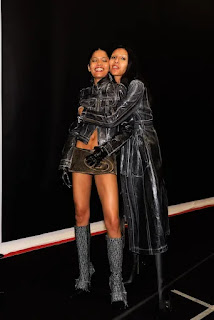 Taking the world, via TikTok, by storm, this belt was the focus of many conversations and videos. After Miu Miu ultra-minis were spotted everywhere during the rise of Y2K, ‘90s looks began to takeover again and this skirt marked its resurgence.

With versions in colour ways of black, cherry red and chocolate brown, each are adorned with the brand’s oversized logo and prove that fashion does not always need to be functional. 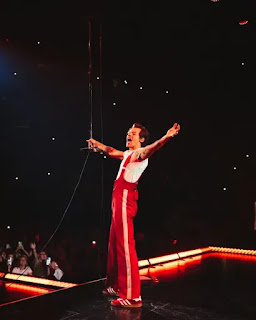 During his Madison Square Garden residency, Styles worked alongside Gucci and stylist Harry Lambert. With a seemingly infinite collection of Adidas Gazelle’s in all the colours of the rainbow - each look was colour matched literally from head to toe.

Having been honoured with a commemorative banner for his 15 consecutive shows at the Garden, each outfit is sure to go down in fashion history.