The Disturbing History of Lobotomies

In the TV series Ratched, Dr Hanover performed a lobotomy in an open theatre, with the presence of both the press and the governor. Originally, he attempted the procedure with a drill, but after receiving strong reactions to the copious amounts of blood, he opted for the more 'sophisticated' technique of inserting an ice pick into the top of an eye socket. If you thought that scene in Ratched where Hanover gave a lobotomy with an ice pick was an artistic exaggeration - it wasn't. That's how Walter Freeman, a populariser of lobotomies in the 1940s, performed thousands of operations.

Neurologists António Egas Moniz and Walter Freeman are usually credited with inventing the lobotomy in the 1930s, though their work was largely based on Swiss psychiatrist Gottlieb Burckhardt, who performed some of the first psychosurgeries on patients' frontal lobes and other parts of their brains in the 1880s. While Burckhardt intended for the utility of the surgery to be ‘at most palliative,’ his research was harshly rejected by the medical community for being disturbing and ineffective.

To further refine Burckhardt’s surgical technique, Moniz developed a more specific process called the leucotomy, which involved inserting a small surgical rod with a retractable wire loop into the brain. The procedure began to gain acceptance as a primary treatment for psychiatric diseases - even though Moniz kept poor records of patient follow-ups and even returned some patients to asylums postoperatively.

The procedure was also introduced to neurologist Walter Freeman and neurosurgeon James Watts, who championed this migration, aiming to improve on the results of their international colleagues. They modified the procedure so that it required nothing more than a small 1 cm burr hole that could be drilled for the insertion of the leucotome. This undoubtedly made the procedure less invasive, but it still came with the postoperative risks of seizure disorders, infections, and even death.

One of the most notable lobotomy patients is Rosemary Kennedy, the sister of former US President John F. Kennedy. During her birth, a nurse held her inside the birth canal for two hours, which caused oxygen deprivation and resulted in a mental deficiency. She was described as irritable and rebellious, and her father sought the advice of none other than Freeman and Watts. Eventually, her father authorised her lobotomy, which not only failed to cure her intellectual disabilities, but also left Rosemary with permanent physical and mental disabilities, completely unable to live independently up to her death.

Despite many failed procedures, they published articles about their work in prestigious scientific journals, reporting that patients who had been violent or suicidal, were calmed down immeasurably by the surgery. In a 1942 presentation at the New York Academy of Medicine, Freeman and Watts reported that after a lobotomy, patients did sometimes become ‘indolent’ or ‘outspoken.’ In truth, patients were often left incontinen and paralysed. Their first prefrontal lobotomy was on a woman named Alice Hood Hammatt who reported that she felt happy when she awoke from the procedure. But six days later, she reported experiencing language difficulties, disorientation, and agitation. 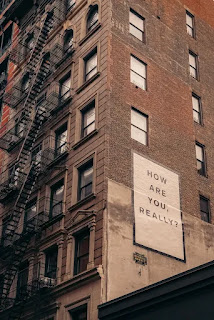 Their work had simplified the lobotomy so much that Freeman began performing the procedure without the help of his colleague and without the sterile field that was often required in the operating room. This distanced Watts from the research, as he was disturbed by the crude nature of the transorbital approach. In time, the two severed their ties, but Freeman continued with his passionate crusade to popularise the transorbital lobotomy throughout North America.

However, Freeman held peculiar beliefs about the psychological makeup and social influences of people of color, and these affected his treatment of patients. He believed that African American patients, especially women, were among the best candidates for lobotomy because of what he called “the greater family solidarity manifested by these people.”

At the same time, women disproportionately became targets for lobotomisation. Out of Freeman’s first twenty psychosurgery patients, seventeen of them were women. From the 1940s through the mid-1950s, men slightly outnumbered women as patients in state hospitals, yet female patients made up 60 percent of those who underwent lobotomies.

The belief that a woman’s natural state was to be an obedient wife and devoted mother, and that any deviation from this was an effect of a disordered mind, has been repeated depressingly throughout the history of androcentric western medicine. In the book Unwell Women: Misdiagnosis and Myth in a Man-Made World written by Elinor Cleghorn, she writes, “In an era when a mentally healthy woman was a serene wife and mother, almost any behaviour or emotion that disrupted domestic harmony could be interpreted as justification for a lobotomy.”

Lobotomies were also used on a large proportion of women diagnosed women with ‘hysteria’, an alleged mental health condition that explained any behaviours that made men… uncomfortable. A fondness for writing and even infertility could fall easily under the umbrella of ‘female hysteria’.

While the rise of the lobotomy was slow and sequential, its demise seems to have happened rapidly. Named the most brutal, barbaric and infamous medical precedure of all time, several countries banned the procedure altogether in the 1970s.