The Real Fashion Icon in ‘Emily in Paris’? Sylvie

Netflix’s hit show ‘Emily in Paris’ has finally dropped Season 3 - and, as always, the fashion is what everyone is talking about. 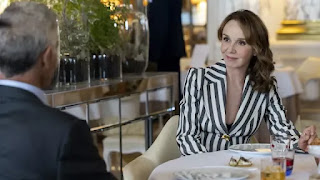 With title character, Emily (played by Lily Collins) gaining both praise and disgust for her bold and bright outfits, for once it’s another character we’ve got our eye on. 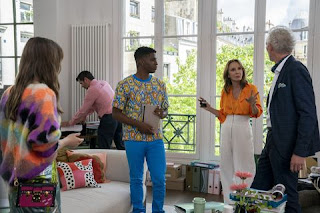 Sylvie (played by Philippine Leroy-Beaulieu) starts this season as the new founder of luxury marketing firm, Agence Grateau, and her outfits are tailored to match this new CEO role.

Although always having been a career-focused character, this season she really steps up into a new level of complete power - and her outfits demonstrate this freedom. With a wardrobe full of flowing shirts and oversized belts, Sylvie is always showing how she has the balance of being put together and in control whilst being simultaneously free and loose. 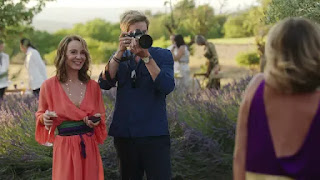 Her character is always dripping from head to toe in classic French style.  As a show I binge for my love of France, that’s exactly what I’m looking for - and. if I’m being honest, most of the time I wish the show was based around Sylvie, Luc and Julian to fill the hole in my heart since Netflix’s Dix pour cent (Call My Agent!) finished. 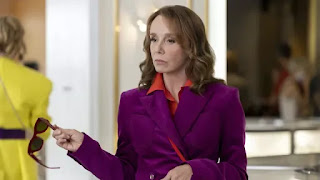 Demonstrating sexy and chic, Sylvie’s fashion is never tame but always event-appropriate. In comparison to other on-screen counterparts like Mindy (played by Ashley Park) and Emily who are pushing the limits from feathers to OTT cut-outs, Sylvie’s looks always strike the balance between teasing and mysterious. Although, this is a no Mindy-hate zone, her garish outfits are perfect for her outgoing character. 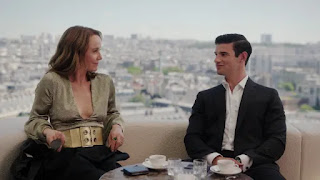 Well, I’ll admit I’ve hate-watched the whole of Season 3 already - yes, I persevered past the blatant McDonalds sponsored Episode, but while I’ll try to blame that on Christmas break, the true pull has been watching Leroy-Beaulieu finally get the focus she deserves. 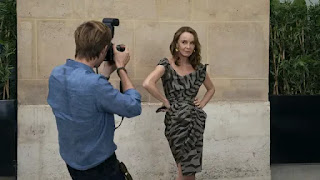 While we all know Season Four is inevitable, here’s hoping a Agence Grateau spin-off is on the cards? The way things were left with Julian, you never know…