To John who loved Byron, and to Byron who loved John even if he looked at him like an alien.

December 14, 2022
To John who loved Byron, and to Byron who loved John even if he looked at him like an alien.

(Short Novel along the Cambridge river)

John always felt like he was not good enough.

He did not care about where “do the ducks go”, and where did they end up once they were not in his eyesight anymore.

The sky was full of clouds and pearls.

He was wondering what was the point.

He hated how sensitive he was. It was almost pathetic.

He hated also the fact that he would cry about anything. All the time. Byron always looked at him like he was some sort of alien.

“What do you want me to tell you?”

And he then proceeded weirdly to look at him. Like emotions were none of his business. Like he didn’t have any at all. Ever.

Sometimes he wondered if he even had a heart.

When it came to himself, he knew he was the one putting his heart into everything he did. It was the fuel behind every single one of his actions.

If it doesn’t stab you or hit the right nerves and muscles, it is not worth it.

He loved Byron, he knew he loved him with every fibre of his being. He belonged to him. He was just asking for one thing, for him to stop looking at him like an alien. Wasn’t too

He knew deep down Byron loved him back too, just in his different ways.

No one could have ever loved him like that.

At that moment he was simply staring at the circles forming in the water behind the paddles.

“Such a stupid sport,” he thought.

The frozen sunny sun of March was shining on his face, the end of the river invisible to the eye, he thought it might never end actually.

How much was it left to give? He thought it would have been so much easier for him to disappear quietly into the river. But then who would have taken care of Achilles, and Byron?

His mother believed Achilles was incompetent, and if John would have disappeared, she would have made Achilles’s life impossible. Achilles with his darkness, his loneliness, his unreachable ways. She couldn't get it. You needed a kinder soul to read Achilles.

He kept thinking about March. And those stupid ducks.

Where were they heading?

He would have asked Achilles later that evening when the sky turns dark, the stars are not showing, and no one could have bothered them.

They always had some kind of arrogant talk between them. So high.

They had their world, unreachable, exclusive, shining and perfect. Not even Byron was a part of it.

He couldn’t jump into the river, there was still, out there, a soul, one single soul, who desperately needed him.

“Such a stupid sport”, he kept repeating to himself, slowly, while he was heading back home, walking along the Cambridge river. 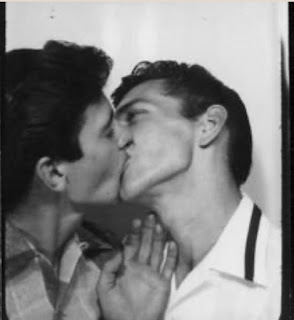