Why Jacinda Ardern’s Decision to Resign Is Inspirational

New Zealand’s Prime Minister, Jacinda Arden, has recently made her choice to resign from her leadership position. The Labour Party leader explained felt she “no longer [had] enough in the tank to do [the job] justice.”

While she doesn’t owe anyone an explanation for her decision, burnout is very much a real and valid issue faced by many people at different levels, particularly those in highly demanding professions. 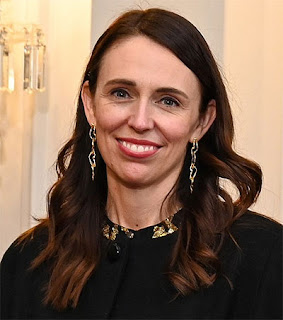 Ardern has served as a well-respected Prime Minister since 2017. Her accomplishments within that time are vast, including becoming the youngest-ever government leader of New Zealand; extending paid parental leave and improving welfare benefits; handling the 2019 Christchurch mosque shootings; and, perhaps most memorably, her efficiency in controlling the COVID-19 pandemic in her country. It’s safe to say she put in an enormous amount of work over those five years. In every sense, resignation appears to be the responsible choice: she felt she was no longer able to fulfil the role to the best of her ability, so she stepped down.

The move should be seen as normal and acceptable for anyone who feels this way, but in the current landscape of work-obsessed capitalism, it is brave and admirable. Ardern has shown people worldwide that it’s okay to prioritise happiness and rest; it’s okay to do what’s best for ourselves - and, if anything, this self-understanding should be something we all begin to do ourselves. Knowing when to take a step back is important not only for our own health but for the benefit of those around us. A job done by someone who is drained will not be a job done as best as it could be, and stepping down from a role once you've given all you can to it allows for the next generation to add their skills to the position.

It came as no surprise, though, that judgement flooded in from the press. Particularly anger-inducing was a now-altered headline from BBC News, which read: “Jacinda Ardern resigns: Can women really have it all?”

The choice of words is so frustrating that it’s difficult to know where to start. Perhaps the most harrowing thing about it is that the writer, Tessa Wong, is a woman herself. Internalised misogyny is truly holding us back from realising our potential as women, and by refusing to extend sympathy and understanding to our sisters we are unable to have it back in return.

It’s impossible to imagine this question being asked about a male politician; where was it when David Cameron resigned as UK Prime Minister in 2016, or Boris Johnson in 2022? Cameron, Johnson and Ardern were all world leaders with young children, and yet only one of them is being shamed for not being able to manage both at once. In fact, if Johnson and Cameron had obtained the insight into their downfalls that Arden demonstrated and resigned earlier maybe the UK would be in a better position for it?

The constant assumption that women have to choose between a career, children and social life is exhausting and demeaning. We never wonder how men work a nine-to-five, spend time with their kids, and go to the pub on weekends - so why is it difficult to grasp that women are also capable? The wonderful thing is that we are free to choose any combination of elements to include in our lives, be it all three or even none of the above! Women are in control of their own time just as much as men are - but that doesn’t mean we have to do everything to be considered successful.

So, to answer your question, Tessa: yes, women can have “it all” - but they can also choose not to. Let’s stop acting like Ardern has somehow failed by making the choice that’s best for her, okay?